This topic describes how to perform Kubernetes pruning using Harness.

Changes to the manifests used in Harness Kubernetes deployments can result in orphaned resources you are unaware of.

For example, one deployment might deploy resources A and B but the next deployment deploys A and C. C is the new resource and B was removed from the manifest. Without pruning, resource B will remain in the cluster.

You can manually delete Kubernetes resources using the Delete step, but you can also set Harness to perform resource pruning during deployment using the Enable Kubernetes Pruning setting in the Rolling Deployment and Stage Deployment (used in Blue Green deployments) steps. 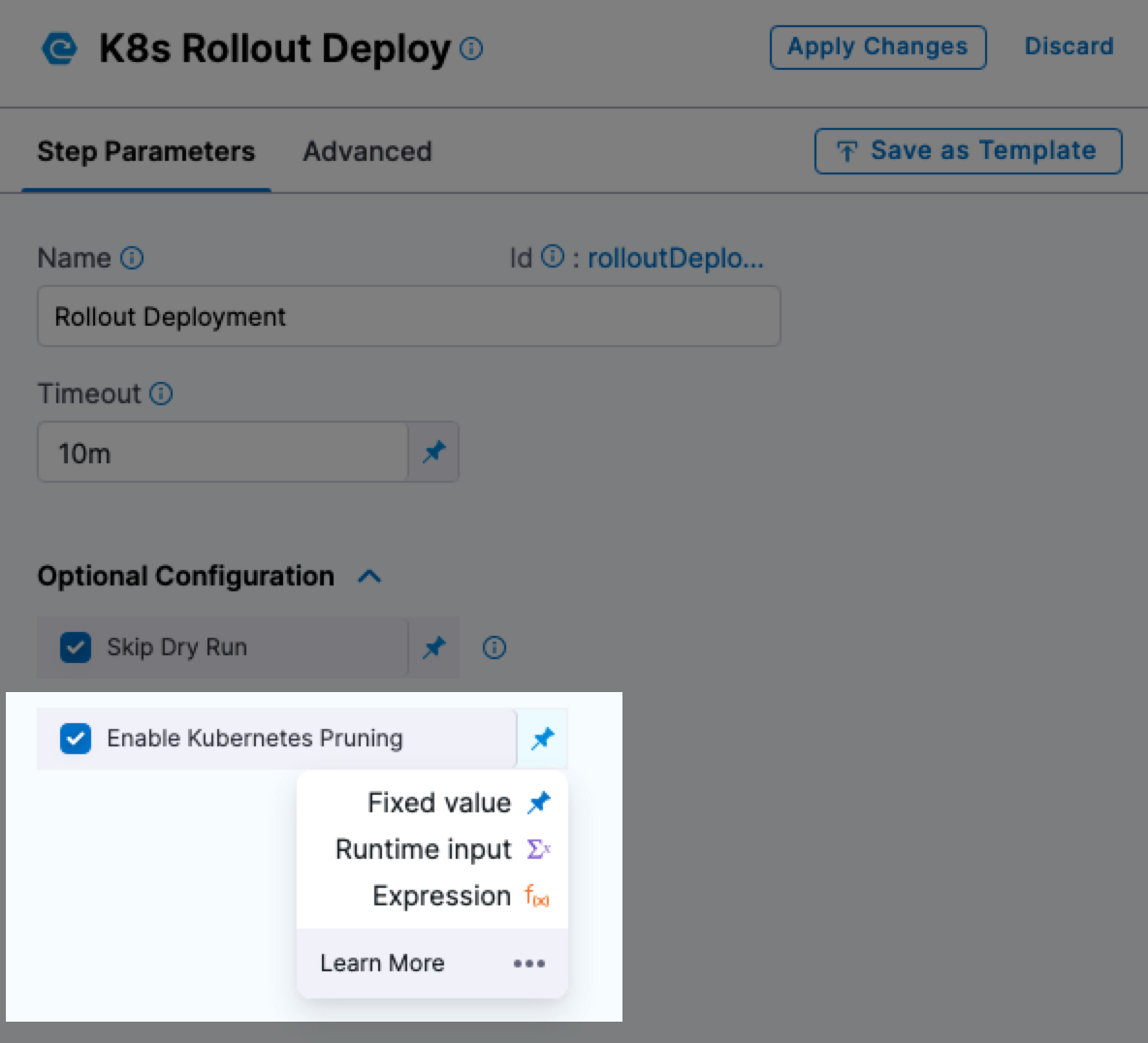 Harness will use pruning to remove any resources that were present in an old manifest, but no longer present in the manifest used for the current deployment.

Harness also allows you to identify resources you do not want pruned using the annotation harness.io/skipPruning.

Pruning is supported for the following deployment strategies:

Kubernetes pruning in Harness is similar to the kubectl apply --prune method provided by Kubernetes.

Similarly, Harness compares the objects you are deploying with the objects it finds in the cluster. If Harness finds objects which are not in the current release, it prunes them.

Harness also allows you to identify resources you do not want pruned using the annotation harness.io/skipPruning. This is described later in this topic.

Let's look at an example.

The first time you deploy a resource (Deployment, StatefulSet, ReplicaSet, etc) no pruning will take place.

In Harness Pipeline execution, you will see a Prune section with the following message:

When the Enable Kubernetes Pruning setting is enabled and Harness finds resources that match the pruning criteria, you will see a message like this:

If a deployment fails, Harness recreates any of the pruned resources it removed as part of the deployment. In the Rollback step, you will see a Recreate Pruned Resources section with message like this:

Skip pruning for a resource​

To ensure that a resource is not pruned, add the annotation harness.io/skipPruning: "true".

When Harness identifies resources from the last successful release which are not in current release, it searches for the harness.io/skipPruning annotation and ignores any resources that have it set to true.

As mentioned in Limitations above, you cannot add a resource with the annotation outside of a Harness deployment and have Harness skip the pruning of that resource.### See also