Background steps are useful for running services that need to run for the entire lifetime of a Build stage. For example, you can set up your pipeline to run multiple background services that implement a local, multi-service app. 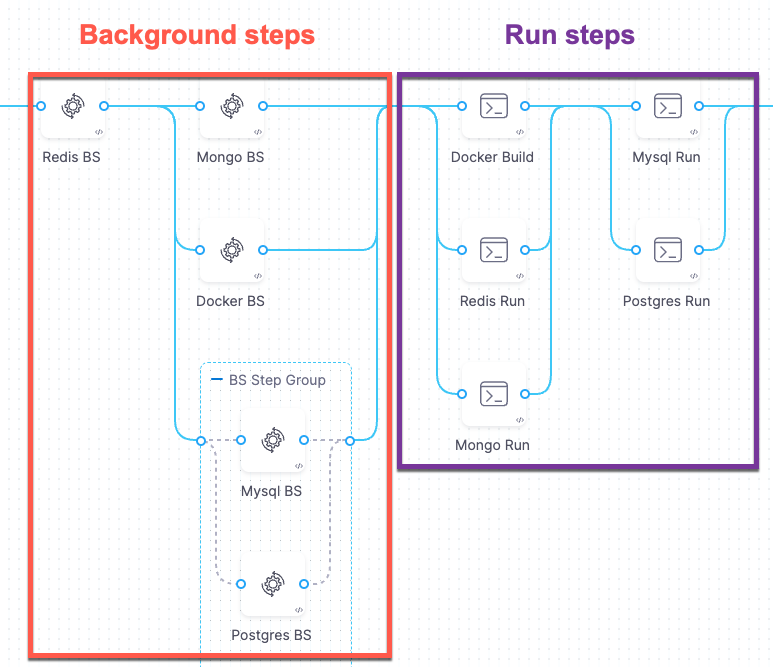 The container image to use for the background service. The image name should include the tag and will default to the latest tag if unspecified. You can use any Docker image from any Docker registry, including Docker images from private registries.

Select the shell script. If the step includes commands that aren’t supported for the selected shell type, the build will fail.

The entry point takes precedence over any commands in the Command field.

POSIX shell script commands (beyond the entry point) executed inside the container.

The path to the file(s) that store results in the JUnit XML format. Regex is supported.

This variable must be set for the background step to publish test results.

You can inject environment variables into a container and use them in the Command script. You need to enter a Name and Value for each variable.

You can also reference environment variables in the script by their name. For example, in Bash, this would be ( $var_name or ${var_name}). In Windows PowerShell, the reference would be ($Env:varName).

For Value, you may enter Fixed Values, Runtime Inputs, and Expressions. For example, you can set Value as an expression and reference the value of some other setting in the stage or pipeline. 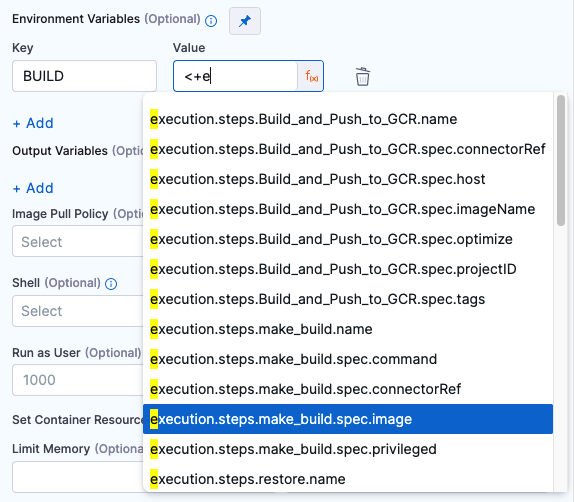 If the service is running in a container, you can select an option to set the pull policy for the image.

If the service is running in a container, you can set the value to specify the user ID for all processes in the pod. For more information about how to set the value, see Set the security context for a pod.

The maximum memory that the container can use. You can express memory as a plain integer or as a fixed-point number using the suffixes G or M. You may also use the power-of-two equivalents Gi and Mi.

The maximum number of cores that the container can use. CPU limits are measured in cpu units. Fractional requests are allowed; you can specify one hundred millicpu as 0.1 or 100m. For more information, see Resource units in Kubernetes.