In addition to deploying tasks as part of your standard ECS deployment, you can use the ECS Run Task step to run individual tasks separately as a step in your ECS Workflow.

The ECS Run Task step is available in all ECS Workflow types.

For more information, see Running tasks from AWS.An example of when you run a task separately is a one-time or periodic batch job that does not need to keep running or restart when it finishes.

The ECS Run Task step is independent of the Harness Service, but it inherits configurations like ECS Launch Type, Cluster, etc., from the Infrastructure Definition in the Workflow.

The ECS Run Task step is the same as use the run-task command in the AWS ECS CLI.

The output in the Workflow deployment looks something like this:

if you are new to ECS task scheduling and running tasks manually, review the following topics from AWS:

This step assumes you have an existing Harness ECS Workflow. If you have not created one, see AWS ECS Quickstart and AWS ECS Deploymentshow-tos.

When Harness registers the task definition, it will use this family name.

If the task definition you enter later uses the family parameter, the value provided in that parameter will override the family name you enter in the ECS Run Task step.

The Task Definition must follow the syntax described by AWS in RegisterTaskDefinition.

For example, here is a task definition from the AWS sample repo: 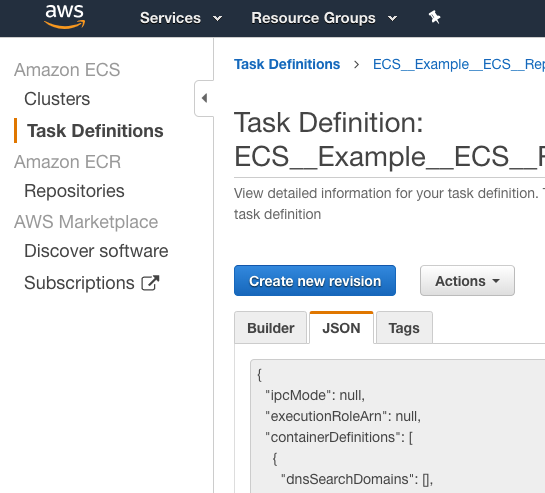 You can also obtain the Task Definition using the AWS CLI ( describe-task-definition):

The task definitions support Harness Workflow variables and any other Harness variables available at the point when the ECS Task Run step is executed.

The Task Definition must follow the syntax described by AWS in RegisterTaskDefinition.

When you deploy the Workflow, the output of the ECS Run Task step shows the git fetch:

The task definitions support Harness Workflow variables and any other Harness variables available at the point when the ECS Task Run step is executed.

In File Path, you can enter multiple task definitions, separated by commas:

If you do not select this option, Harness will not check to see if the task was triggered.

If you do select this option, Harness will poll the ECS task to see if it triggered successfully.

Enter a timeout for the step. Keep in mind the nature of your ECS task and whether it will take a long time to run.

If you did not select Skip Steady State Check, and you have a brief timeout, Harness might check for steady state before your task is completed. This will result in a failure.

You cannot use Harness variable expressions in this setting. They are supported in Basic and Canary Workflow ECS Service Setup steps when using Replica Scheduling.

When you deploy the Workflow, the ECS Task Run steps shows a successful deployment: 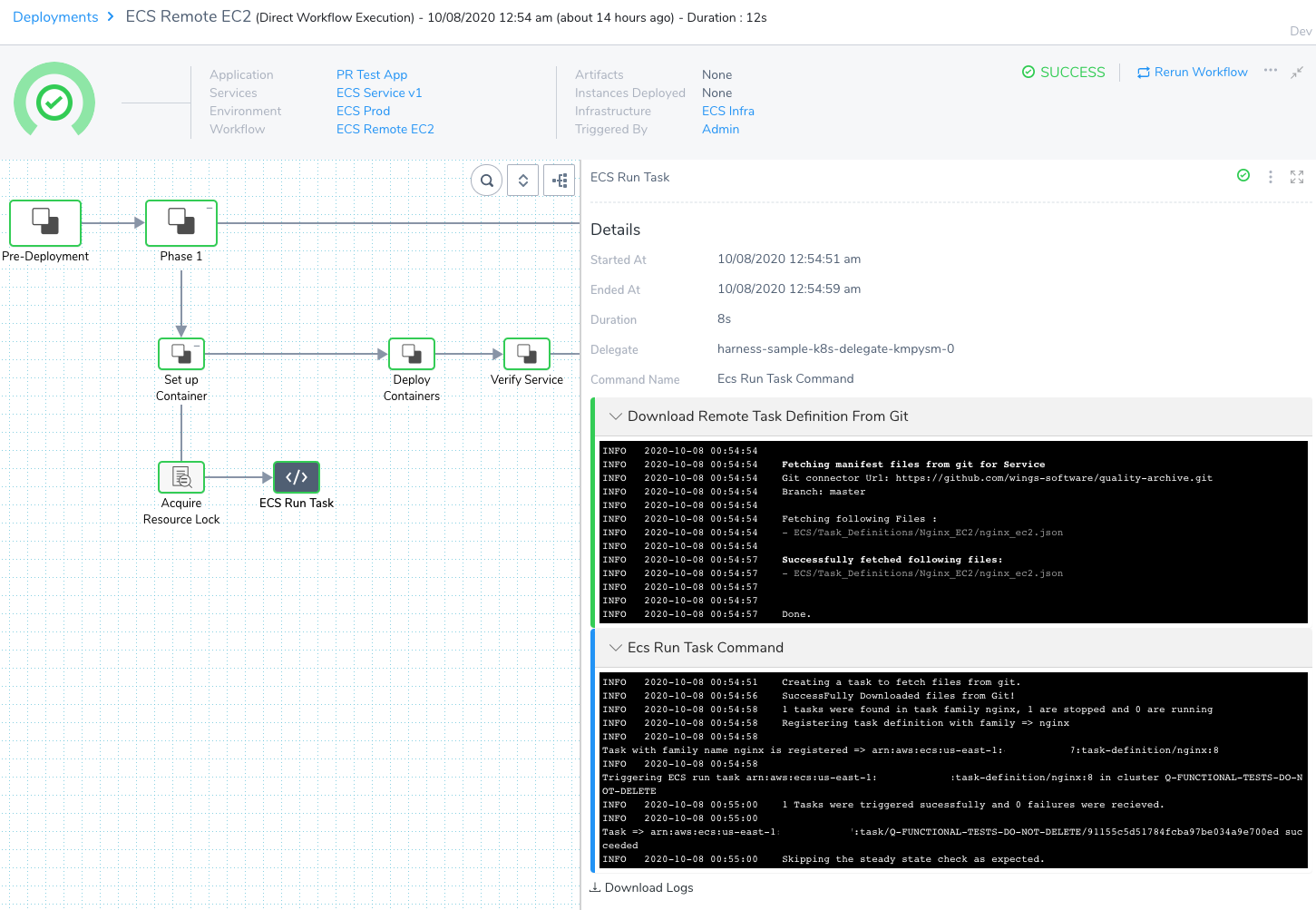 Here is an example of the output from a deployed ECS Run Task step:

Harness checks these codes as part of deployment to determine success of failure.

If the ECS Run Task step fails, Harness rolls back the Workflow according to its Failure Strategy.

Once a rollback occurs, the resources created by the ECS Run Task step still need to be explicitly cleaned up.

You can delete the resources created by adding a Shell Script step in Rollback Steps. For example, using the AWS ECS CLI delete-service command. 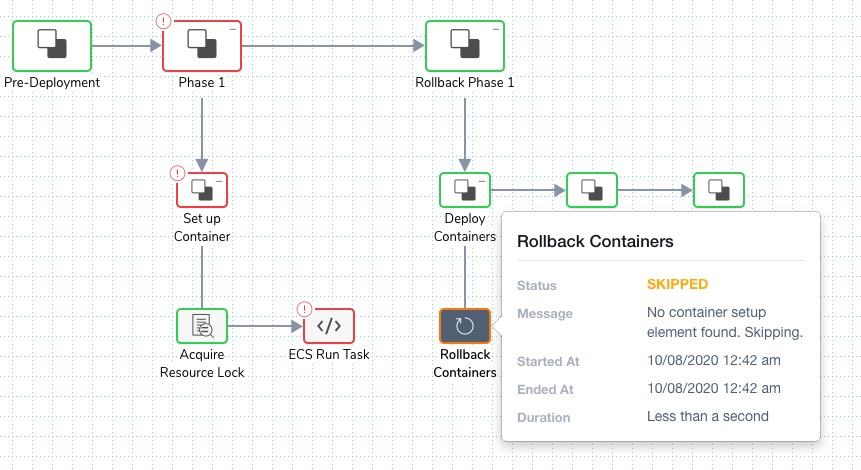 Currently, this feature is behind a Feature Flag. Contact Harness Support to enable the feature. Harness will remove Feature Flags for Harness Professional and Essentials editions. Once the feature is released to a general audience, it's available for Trial and Community Editions.You can add ECS tags to your task definition just as you would in the AWS console or CLI.

You can use Harness Workflow variables in both keys and values.

When the ECS task definition is registered, you will see the tags in AWS.

Tags must meet the ECS requirements. See tags in RegisterTaskDefinition from AWS.