The Deploy Workflow takes the artifact build you built in Create the Build Workflow for Build and Deploy Pipelines by using the Service you created for the Artifact Source. Then the Deploy Workflow installs the build into the nodes in the Environment. See the supported Workflow Types.

To set up the Deploy Workflow, do the following:

When you are done, the dialog will look something like this. 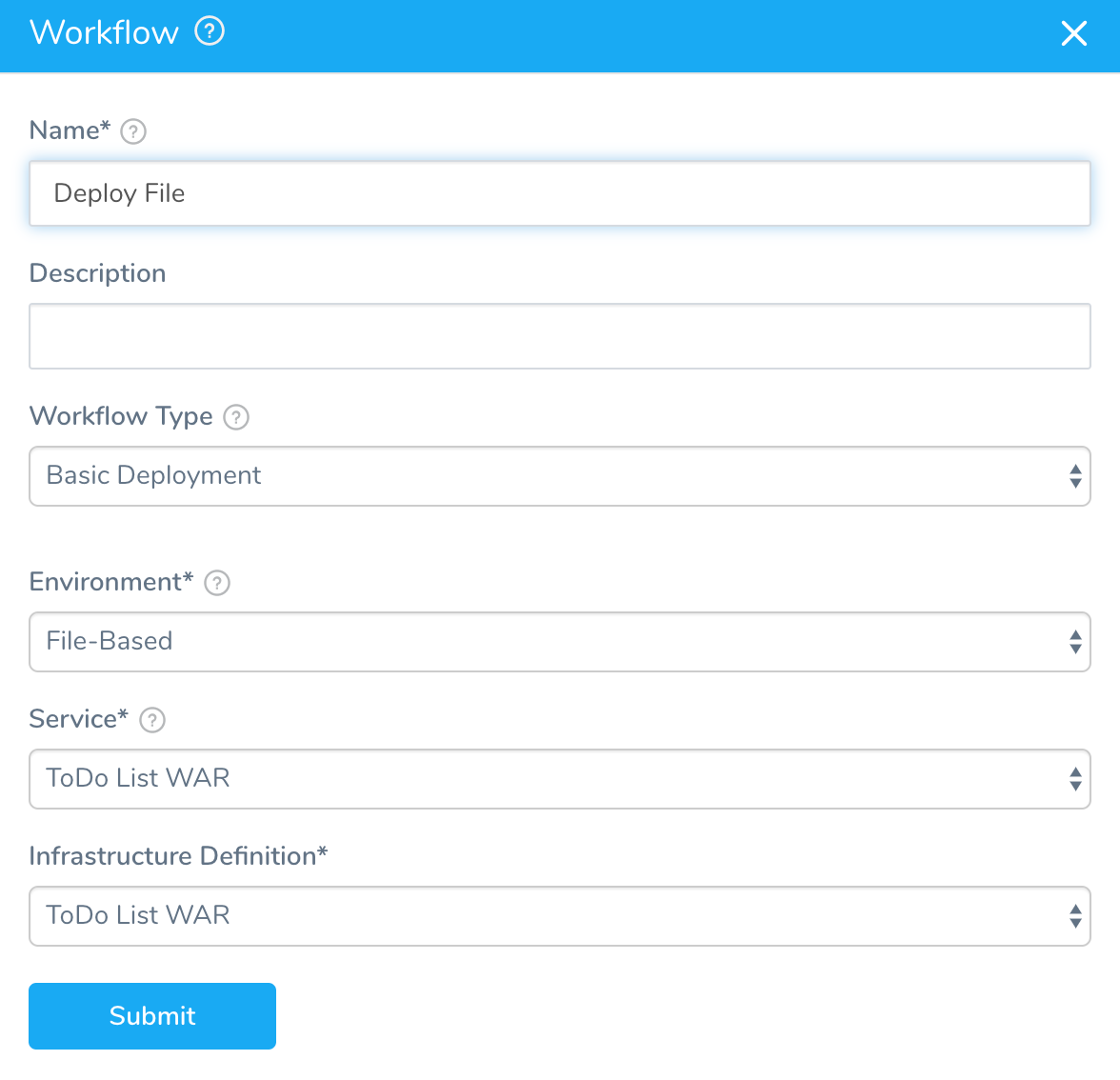 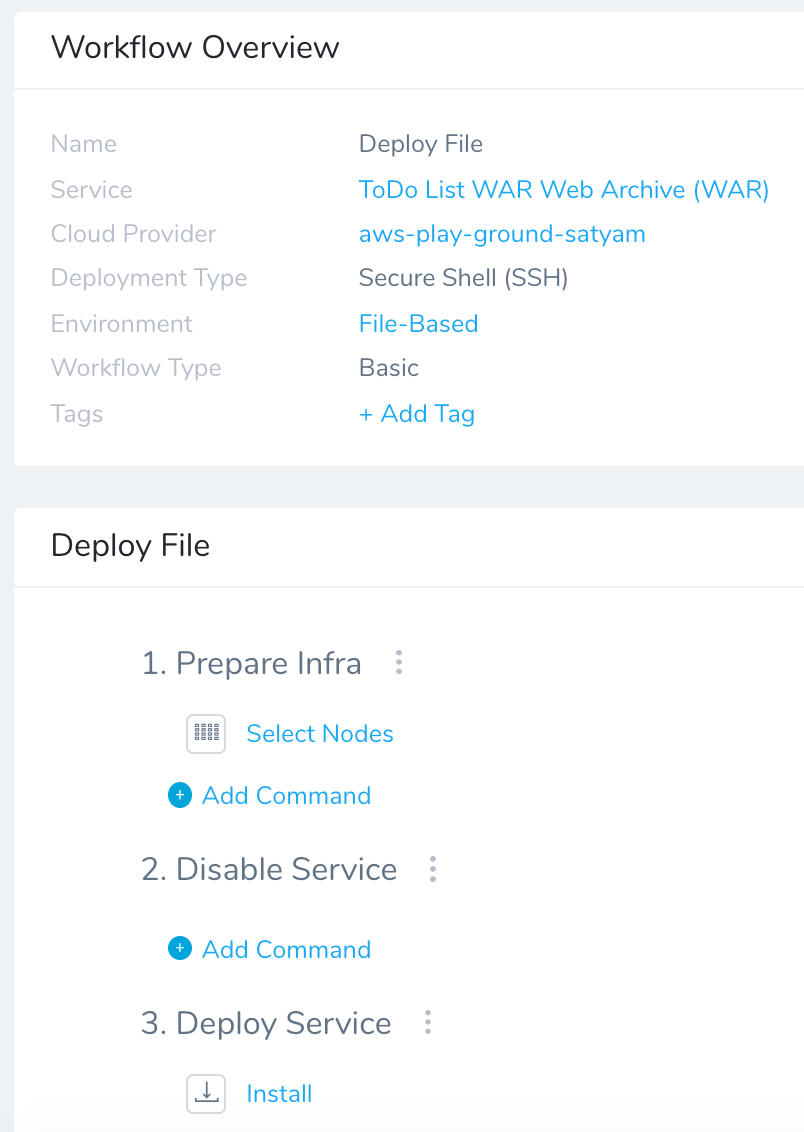 The Select Nodes command simply selects the nodes in your Infrastructure Definition.

The Install step installs the artifact onto the nodes you selected.

Next, the Install step runs the scripts in the Harness Service to install and run the artifact in its runtime environment. For details about common script steps, see Traditional Deployments Overview.

Now that both Workflows are set up, you can create the Artifact Build and Deploy Pipeline.