The first step in Artifact Build and Deploy pipeline is to create a Harness Service. Harness Service connects to the Artifact Server you added in Harness Account Setup and identifies the artifact to deploy. The Service also contains the scripts used to install and run the build on the target nodes.

In this document, Shell Script Service and a Jenkins job artifact is used as an example but Harness supports all the common artifact source and custom sources.

To create the Service, perform the following steps:

The new Service is created. There are several installations and start scripts added by default. When your application is deployed, these scripts run on the target host(s).

The Artifact Source defines where the Artifact Collection step looks for the built artifact during the Build Workflow. Also, the Service is used in the Deploy Workflow to install the artifact on the target host(s).

To add an Artifact Source, perform the following steps:

When you are done, the Jenkins Artifact Source will look something like this:

The Artifact Source is added to the Service. 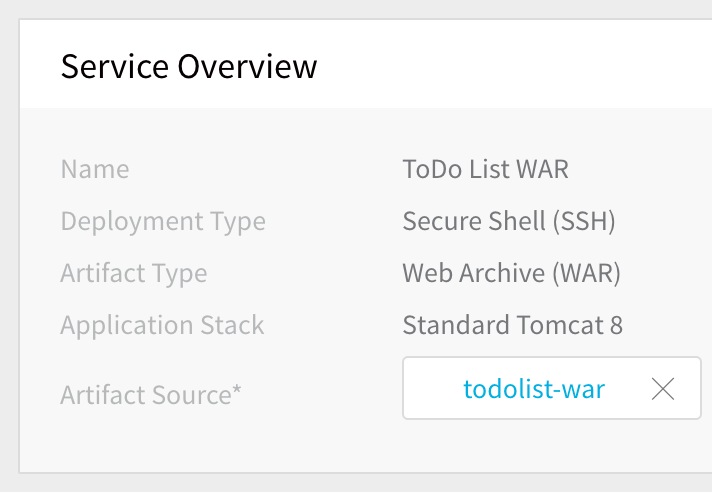 Next, let's see the artifact history that Harness can pull from Jenkins.

Now, that the Service is complete, we can create the Build Workflow to build the next version of the artifact.