This content is for Harness FirstGen. Switch to NextGen.You have likely heard terms like blue/green and canary when it comes to deploying code and applications into production. These are common deployment strategies, available in Harness as Workflow types, along with many others. 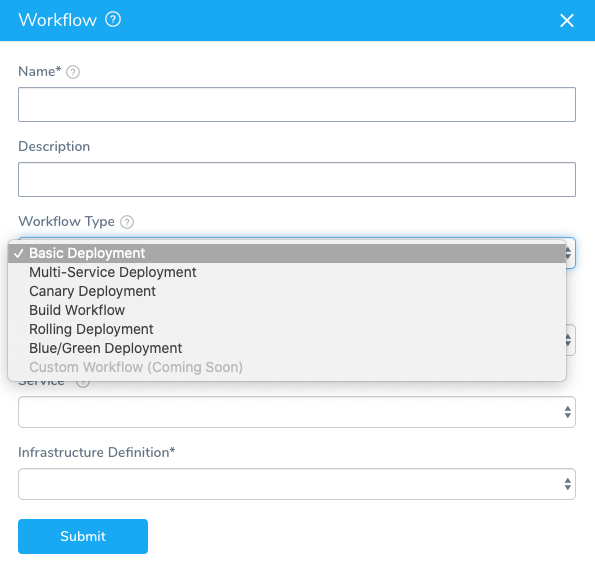 This topic will explain these strategies to give you an idea of how to approach deployments in Harness, and to help you decide what strategy is best for you.

A Build Deployment runs a build process, such as a Jenkins job that creates a WAR file and deposits it in a repo, or builds an AMI in AWS EC2.

When to use Build Deployments​

Typically, you use Build deployments as part of an Artifact Build and Deploy pipeline.

An Artifact Build and Deploy pipeline runs a build process, deposits the built artifact (or metadata) in the Artifact Source or Harness, and deploys the build to a deployment environment. It is a simple, but useful deployment commonly used for traditional file-based and AMI deployments.

Build Workflows can also be used to build an artifact because the source has been updated.

For example, you might use a Trigger to execute the Workflow on a Webhook event, such as a Git push event. In this case, the artifact needs to be built before the Workflow can pick it up.

You simply add a Build Workflow at the beginning of the Pipeline to build the artifact so you always have the latest build.

With Basic Deployment, all nodes within a single environment are updated at the same time with a single new service/artifact version.

When to use Basic Deployments​

Not too long ago, Basic deployment was how developers rolled out applications. Typically, someone in Ops updates the servers at midnight and then you hope all goes well. 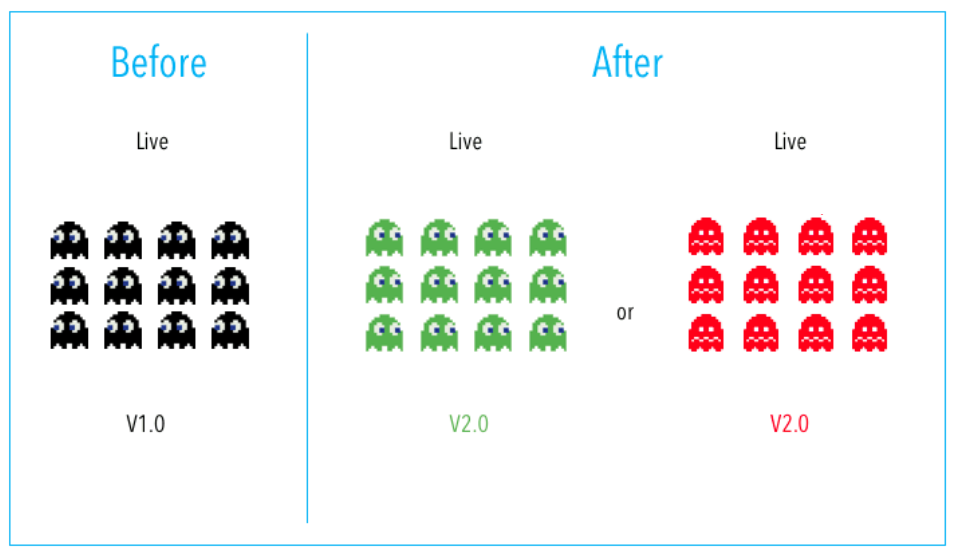 With Multi-Service Deployment, all nodes within a single environment are updated at the same time with multiple new services/artifacts.

When to use Multi-Service Deployments​ 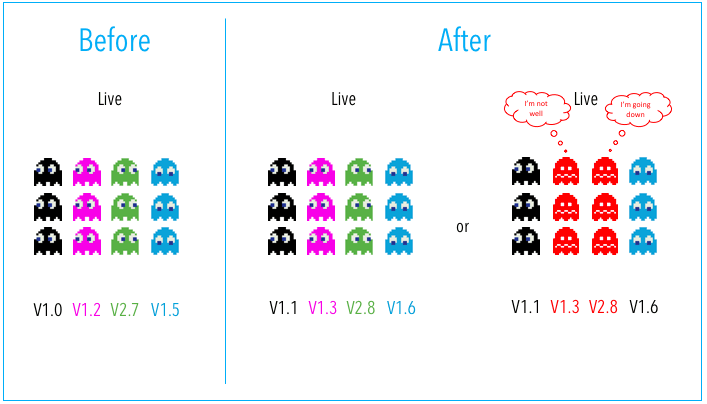 With a Rolling Deployment, all nodes within a single environment are incrementally updated one-by-one or in N batches (as defined by a window size) with a new service/artifact version.

When to use Rolling Deployments​ 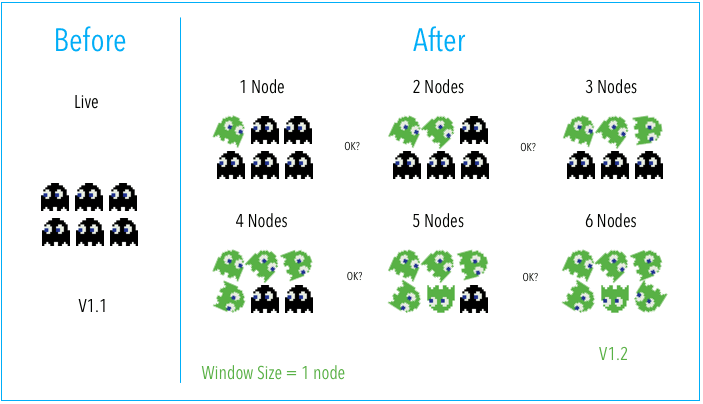 You can then decommission the old environment once deployment is successful.

Some vendorscalls this a red/black deployment.

When to use Blue/Green Deployments​

With Canary Deployment, all nodes in a single environment are incrementally updated in small phases, with each phase requiring a verification/gate to proceed to the next phase.

When to use Canary Deployments​

When you want to verify whether the new version of the application is working correctly in your production environment.

This is currently the most common way to deploy apps/services into production.

This is a standard Canary deployment:

For Kubernetes, Harness does this a little different.

In Phase 1 we do a canary to the same group but we leave the production version alone. We just use other instances. Then we delete our canary version in Phase 1.

In Phase 2 we do a rolling deployment with the production version and scale down the older version. 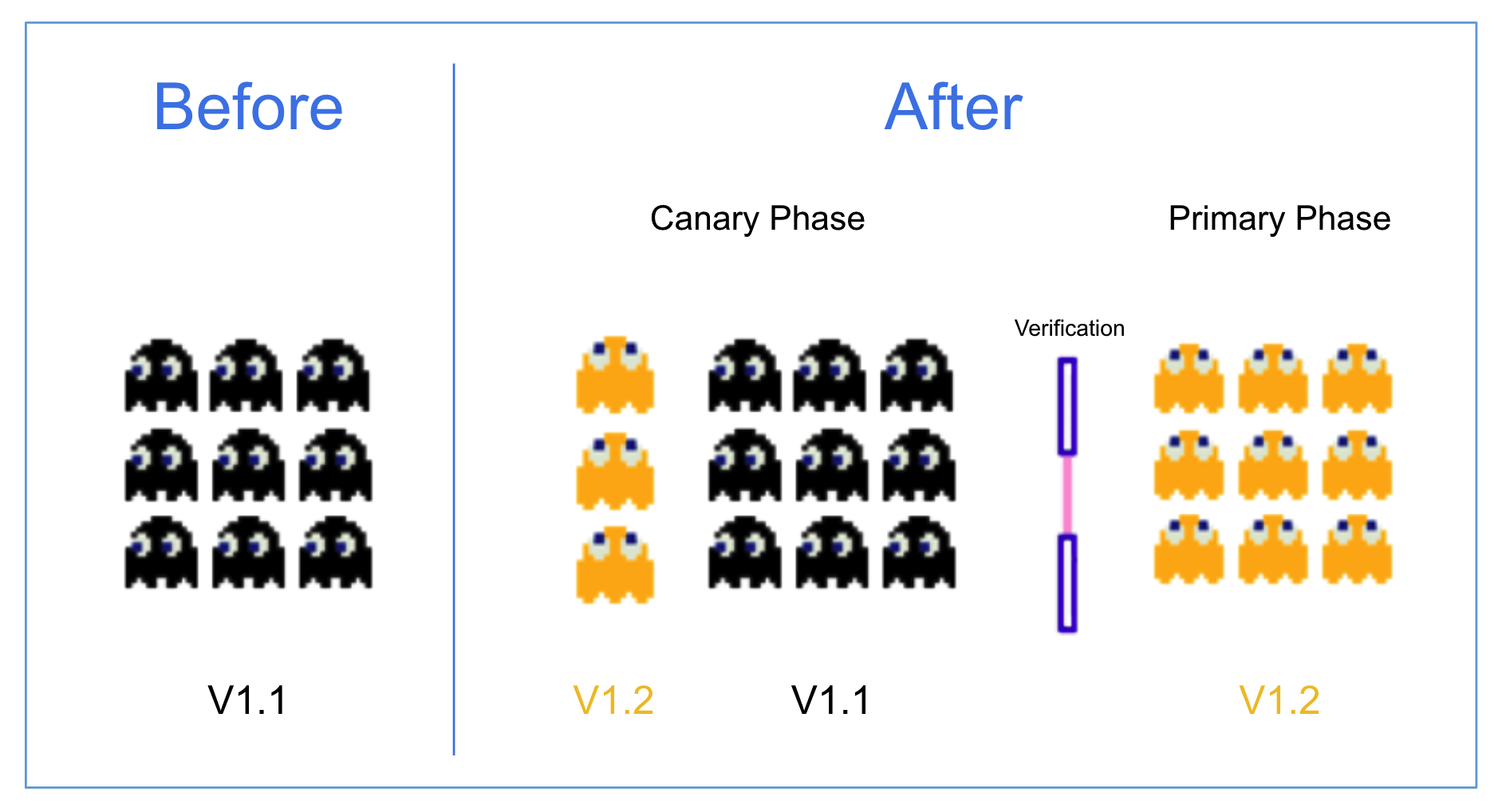 Different versions of the same service/artifact run simultaneously as “experiments” in the same environment (typically production) for a period of time. Experiments are either controlled by the deployment of distinct artifacts or through the use of feature flags/toggling and/or AB testing tools (e.g. Optimizely).

User traffic is commonly routed to each different version/experiment based on specific rules or user demographics (e.g. location, interests, etc). Measurements and comparisons are then performed across experiments to see which returned the best result.

After experiments are concluded, the environment is typically updated with the optimal service version/experiment.

The biggest difference between AB testing and the other strategies is that AB testing deploys many versions of the same service/artifact to an environment with no immediate goal of updating all nodes with a specific version. It’s about testing multiple ideas vs. deploying one specific tested idea.

Fast, easy and cheap way to test new features in production. Lots of tools exist to enable this.

Which Deployment Strategy Should I Use?​

It depends entirely on the type of application/service and environment. Most Harness customers are currently using blue/green or canary deployments for mission-critical applications.

In many cases, customers are migrating from blue/green to canary so they can test in production with minimal business impact.

You can also combine many of the above deployment strategies into a single strategy. For example, at Harness, we have customers doing multi-service canary deployments.