You can add predefined or user-defined variables in a Workflow Approval step. When the Workflow is deployed, these variables become available as inputs for logging and auditing and can be overwritten by approvers.

The available approval mechanisms are:

Step 1: Add an Approval Step in a Workflow​

Workflow uses the Approval variables as defined in the Add an Approval Step in a Workflow option, when it deploys. Deployment pauses at the Approval step. 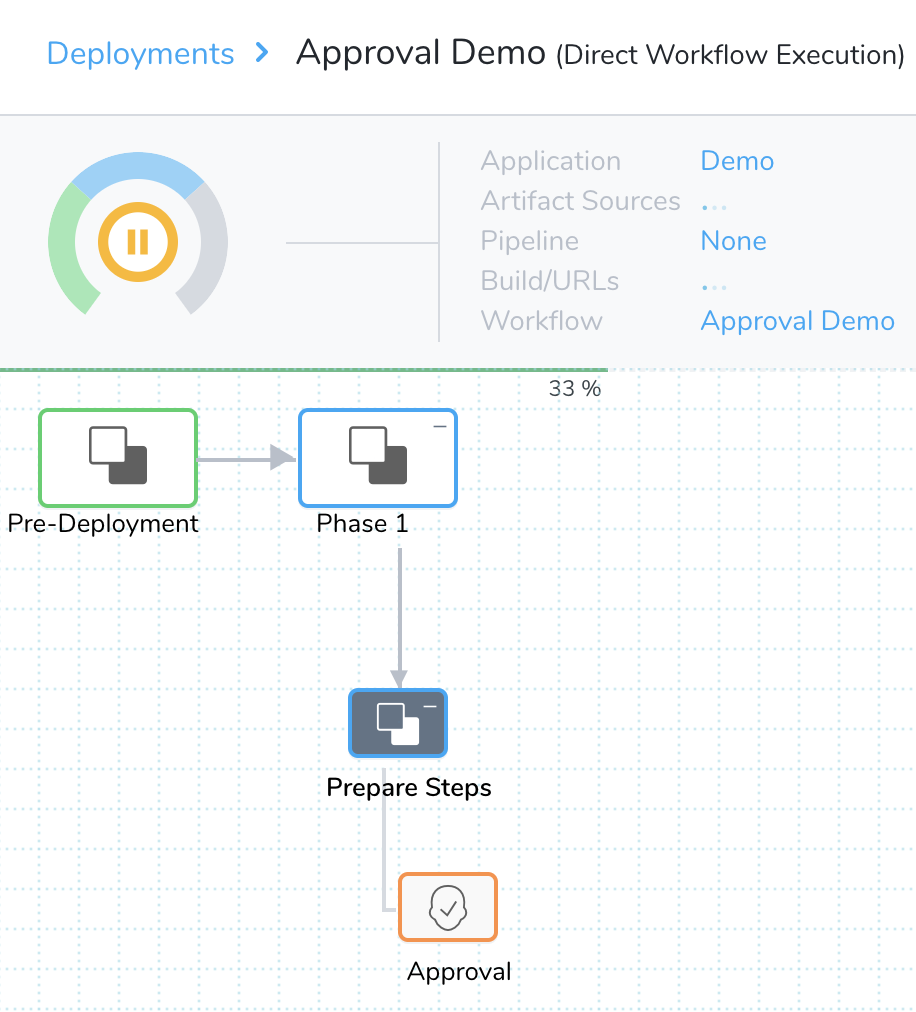 Once this step is approved, the Workflow can continue deployment.

Option: Use Approval Variables in Other Workflow Steps​

Approval variables can be defined only within Workflow Approval steps, but they can be referenced in other Workflow steps, such as the Shell Script step.

For all of the following examples, published_name refers to the name you entered in the Publish Variable Name setting in the Approval step.