In this scenario, each microservice is deployed by a different Workflow. For example, before executing integration tests, you might want to ensure all microservices for the application are deployed successfully.

Using Barriers you can handle the synchronization of multi-service deployments in a simple and uniform way.

If you want to reproduce this scenario, ensure that you have the following setup:

Similarly, if there is any error in deploying the frontend service, the backend service should rollback.

Notice the order of the Barriers. For example, if you switch the sequence, the execution will result in a cyclic loop resulting in timeout error.

Always ensure that there is no cyclical reference for Barriers.You can use multiple Barriers to synchronize the execution flow: the outcome from the dependent steps runs in a different Workflow that runs in parallel.

Here is a picture of a failed deployment with rollback of the backend caused by the frontend failure. Notice the error message in the details section.

Barriers are available in Flow Control when adding a new Workflow step.

Here are the Barrier settings:

Be sure to use a descriptive name for the Barrier. Common phrases used are Waiting for…, Completed…, etc.

Define an Identifier that describes the purpose of the Barrier. The identifier is used to synchronize between the Workflows.

In this topic's example, the identifiers used were BE and FE to distinguish between backend and frontend.

This is the scenario we will describe in this topic. It is a very common scenario for testing an application consisting of many microservices.

As you will see, each microservice is deployed by a different Workflow. Before you execute any integration tests, you want to ensure all application microservices are deployed successfully. Using Barriers, you synch the microservice deployments in a simple and uniform way.

Deploy the same application version across multiple regions. If there is any failure in any one region, you would like to rollback all regions to the previous version automatically. Without this feature, you'll need complex, custom scripts.

If these tasks were performed sequentially, or done selectivity for every major release, the cost to fix any issues discovered in any one environment is too high to resolve. This results in restricting the options for deployment, probably paying a higher support cost for running older versions of the OS or stack, thereby increasing the overall cost of operation.

Let us see how we can use Barriers for the most common scenario, Scenario 1.

Start with a Kubernetes Rolling Workflow and modify it to add Barriers as follows: 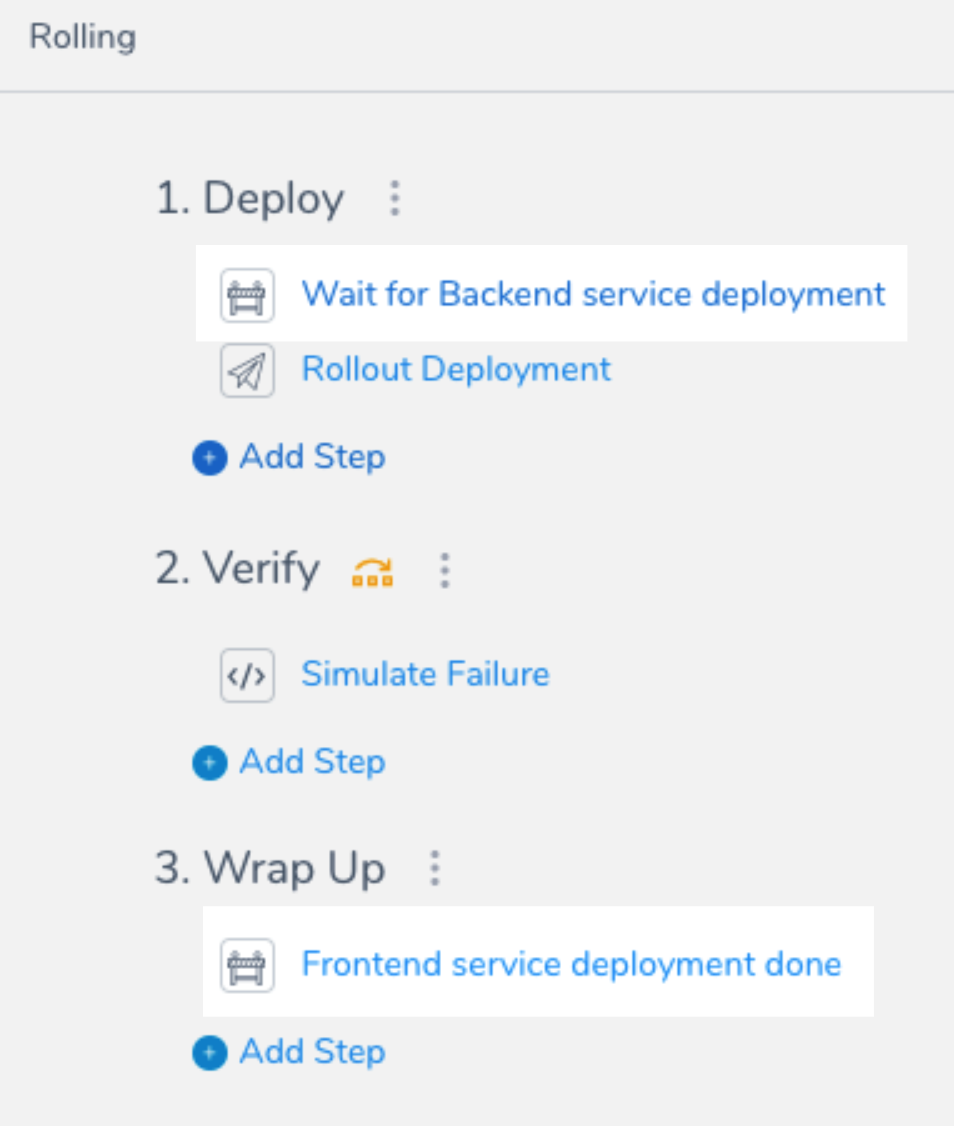 Use a second Kubernetes Rolling Workflow and modify it to add Barriers as follows: 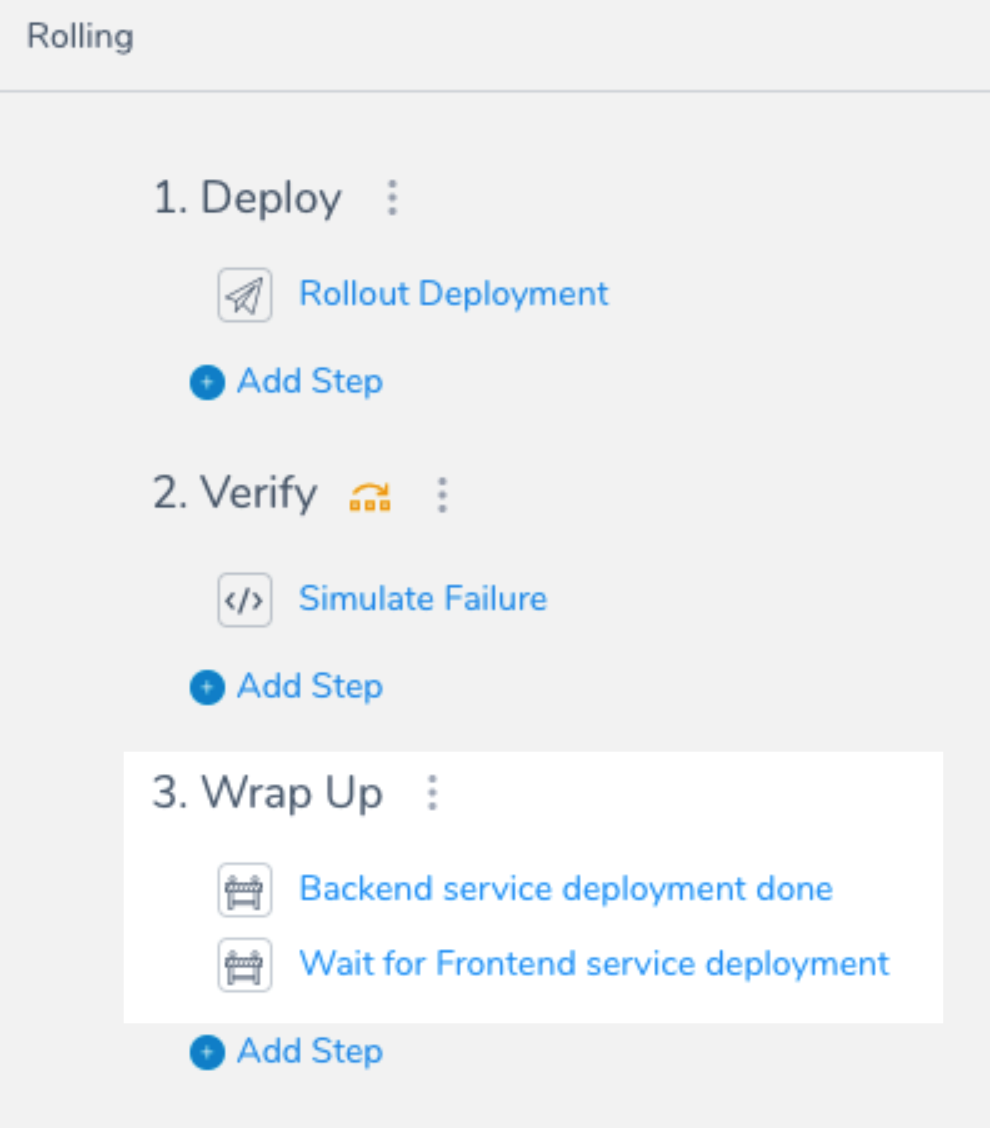 Create a Pipeline containing both the frontend and backend Workflows.

Configure the Workflows to run in parallel by enabling the Execute in Parallel with Previous Step setting on the second Workflow.

Note that the order of the parallel Workflows in the Pipeline does not matter.