This content is for Harness FirstGen. Switch to NextGen.If you already have secrets created in a secrets manager such as HashiCorp Vault or AWS Secrets Manager, you do not need to re-create the existing secrets in Harness.

You can create a Harness secret that refers to the existing Vault secret using a path and key, such as /path/secret_key#my_key. 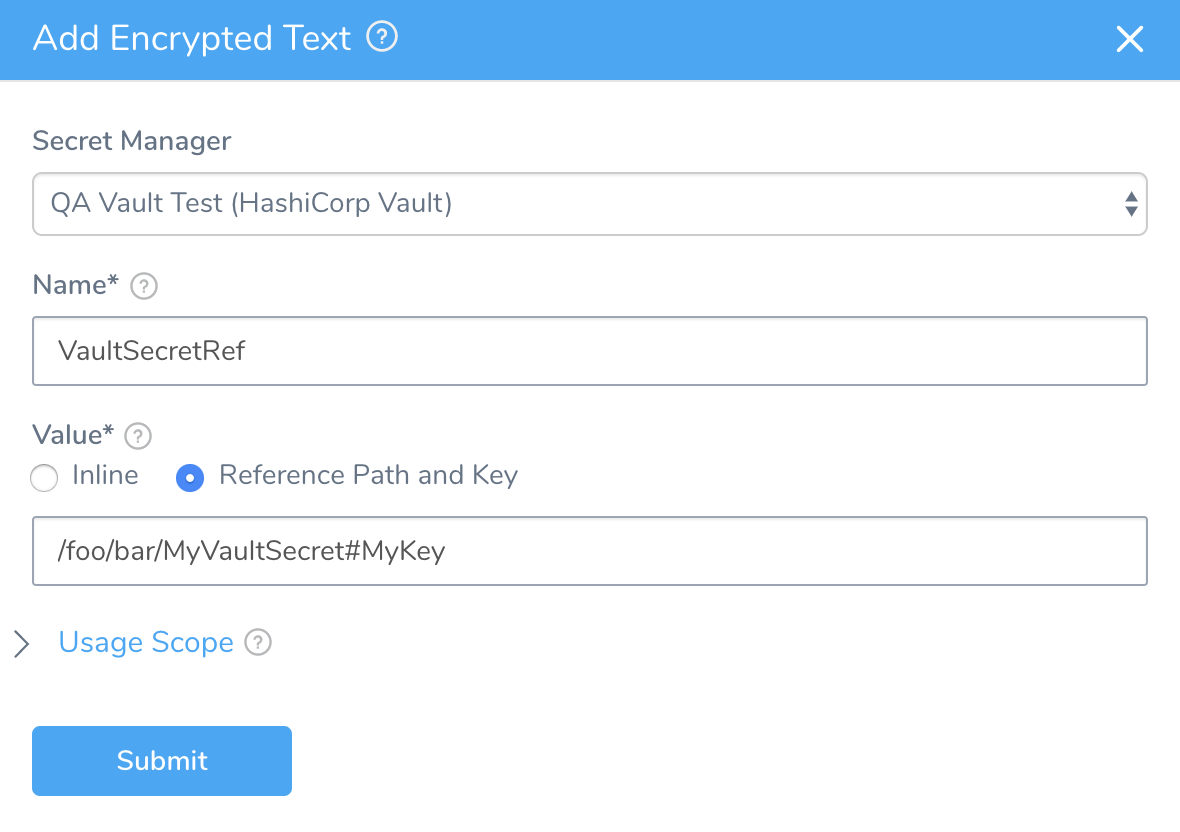 In the above example, /foo/bar is the pre-existing path, MyVaultSecret is the secret name, and MyKey is the key used to lookup the secret value.

You can also reference pre-existing Vault secrets in the Harness YAML editor, as described in Encrypted Information in YAML.

You can create a Harness secret that refers to an existing secret in AWS Secrets Manager using the name of the secret, and a prefix if needed. For example, devops/mySecret.

In AWS Secrets Manager, your secrets are specified as key-value pairs, using a JSON collection:

To reference a specific key in your Harness secret, add the key name following the secret name, like secret_name#key_name. In the above example, the secret is named example4docs. To reference the example1 key, you would enter example4docs#example1. 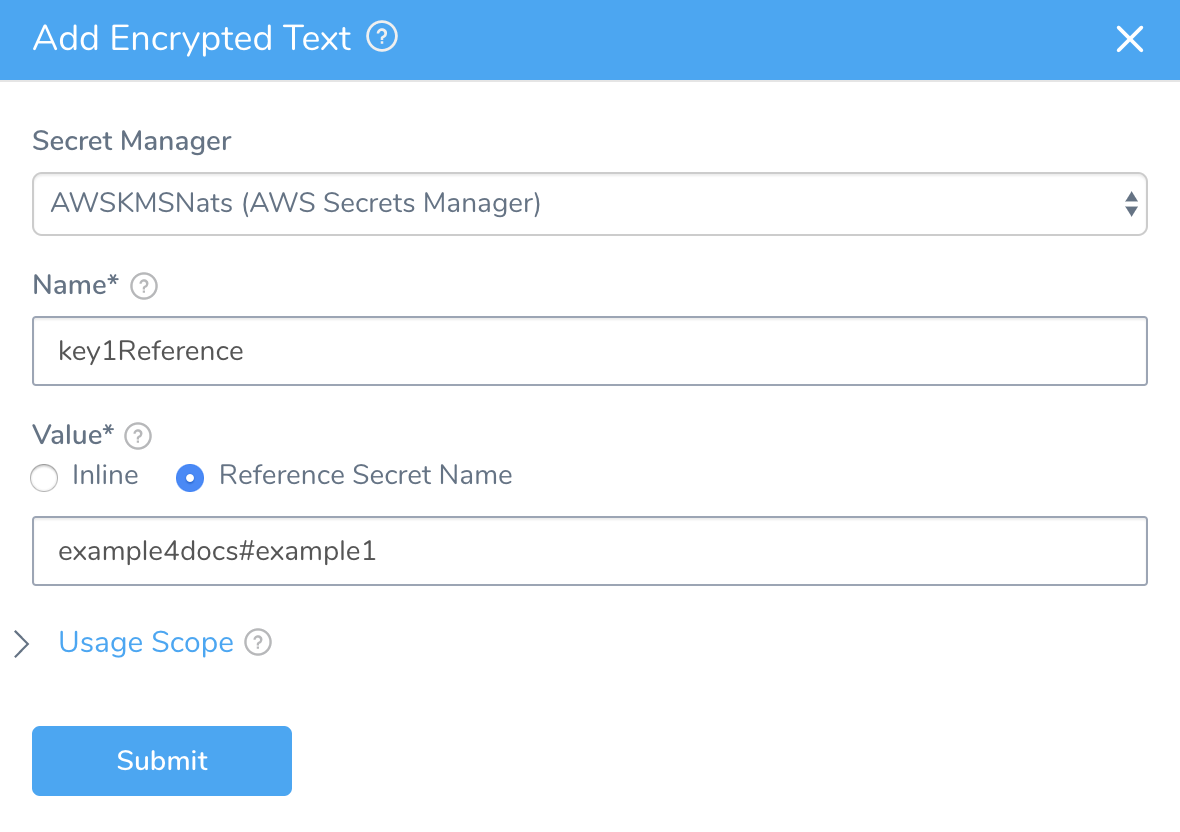 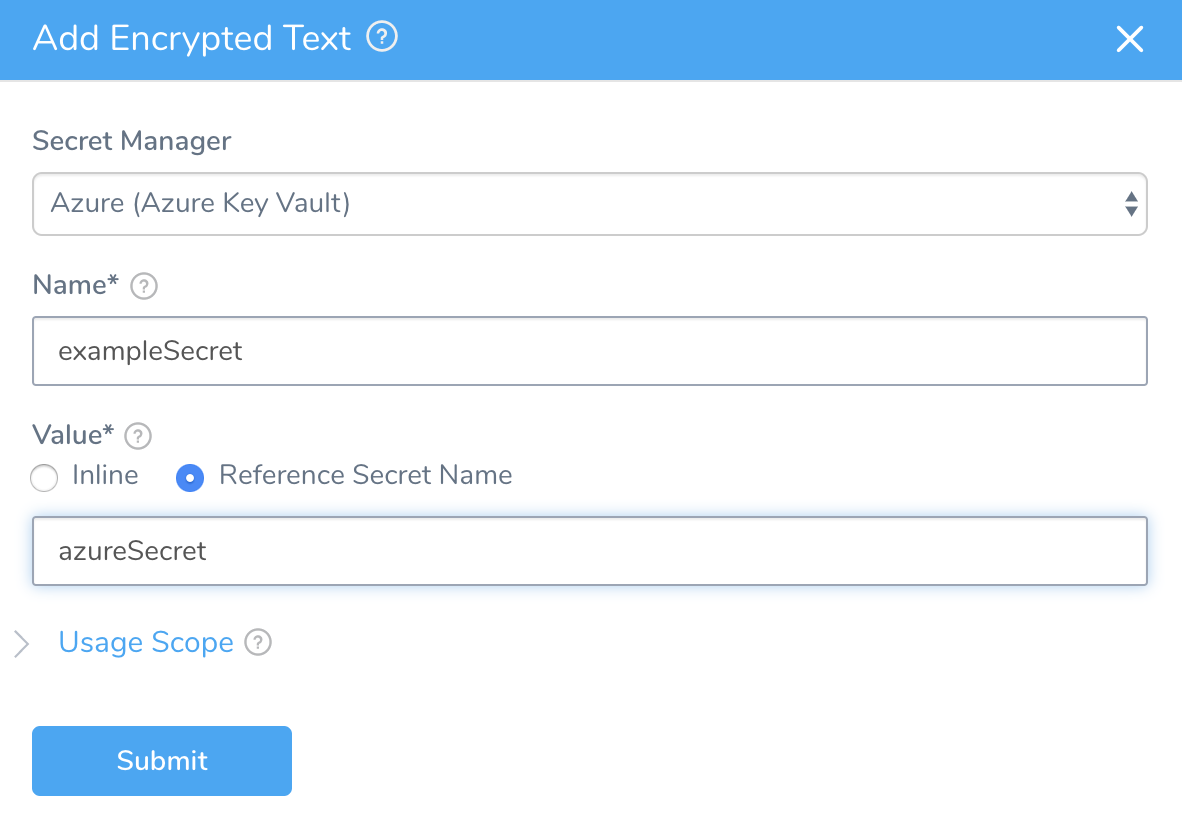 You can create a Harness secret that refers to an existing secret in Google Cloud Secret Manager.

In Reference Secret Name, enter the name of an existing secret in GCP.

In Version, enter the secret version you want to use.

In Region, enter the location of the secret. If the secret is Automatically replicated, leave this empty.