You can further limit the scope of a secret within the scope of its Secret Manager. You can restrict the usage of a secrets to specific Harness User Groups, Harness Applications, and Environments.

Also, you can scope a secret to be used in a Harness Delegate Profile only.

This topic discusses how a secret's scope is determined, and how to further limit its scope from that of its Secrets Manager.

When creating secrets, it's important to understand their scope in your Harness account.

Harness secrets are managed and scoped using the following settings:

If you choose to apply scoping rules to a secret, then the Applications and Environments in the secret's scope must be entirely contained within the scope applied to its Secrets Manager. See Scope Secret Managers to Applications and Environments.Since User Group permissions are the broadest method for controlling secret usage, set those permissions first.

A user can only create a secret according to the scope set by its Harness User Group Account and Application permissions.

The following table explains the secret Usage Scope options and how they apply to Harness RBAC:

If your Harness User account is part of a User Group with the Manage Secrets Account Permission enabled, you will see the Scope to Account option in the Encrypted Text and File dialogs.

You might want to restrict which Harness User Groups can use a secret. Restrictions are set up using the secret's Usage Scope and the User Group's Application Permissions. 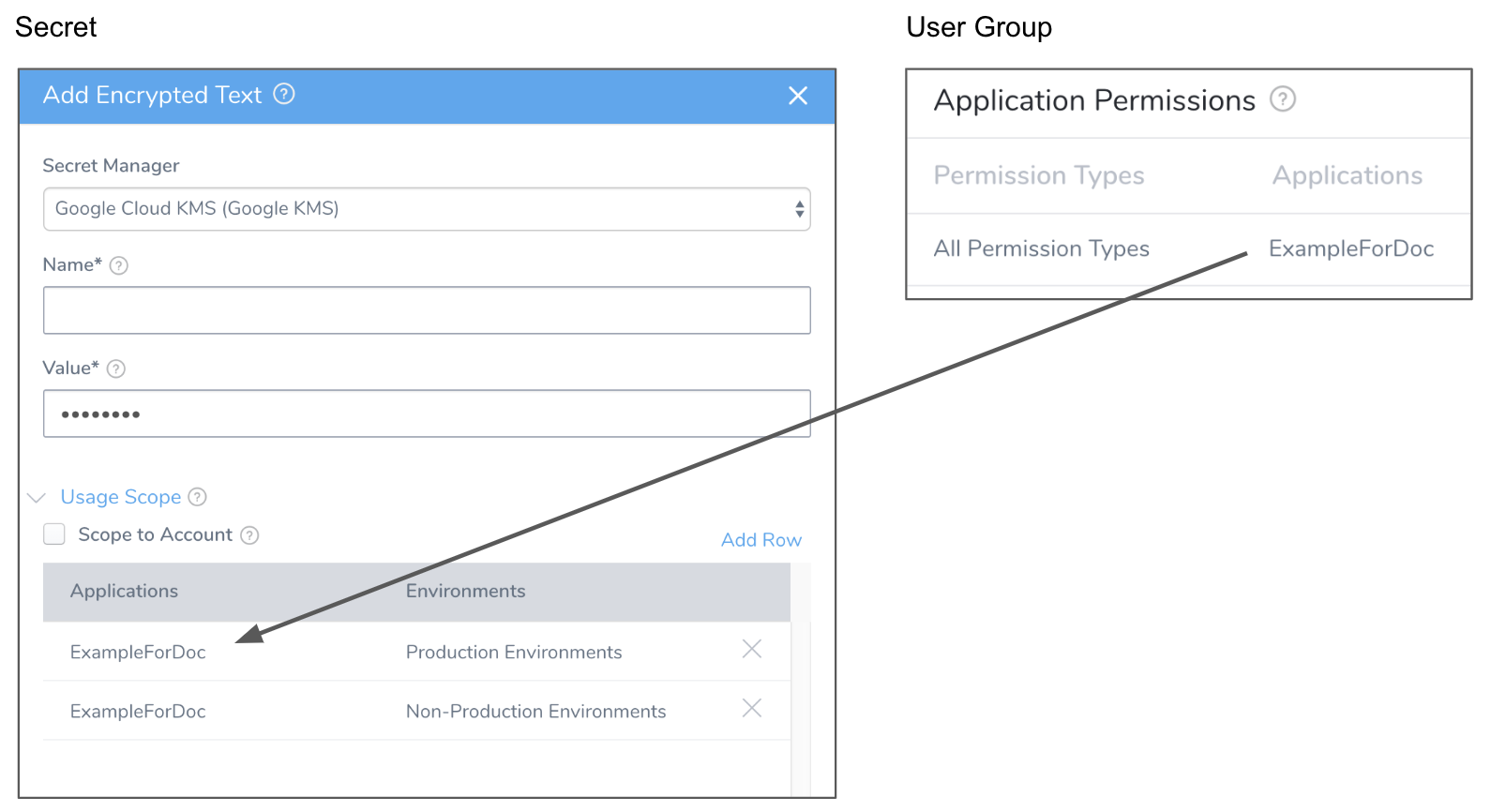 This limits the User Group to using only that secret (assuming that no other secrets Usage Scopes include ExampleForDoc).

If you select the Scope to Account setting, the secret can be used in a Delegate Profile, as described in Using Secrets.