Entity caching reduces delays in loading your remote entities on the Harness UI. The Harness UI maintains a local cache to reduce delays in loading your remote entities. Caching is especially useful when there are multiple levels of nesting, such as those involving pipeline templates, stage templates, and step templates. Loading such nested entities can be time-consuming involving numerous network calls, thereby reducing the performance.

The Git cache is only used to render entities faster in the Harness UI, not to improve pipeline execution. When executing a pipeline, Harness always fetches entities from Git to avoid using the stale data.

You can reload the entities from Git and update the cache at any time.

Harness displays an orange tick against any entity whose cache was last updated more than two hours ago.

To ensure isolation between caches for different entities for different branches, the cache for each entity is maintained separately for each branch. For example, if you have a stage template saved in separate branches in Git, Harness maintains a separate cache corresponding to each branch for the stage template. When this stage template is encountered during your entity fetch, the cache corresponding to a unique key is requested from the server. The server then looks for a cache with this key and returns the cache (if available).

When you commit changes to an entity that has been cached, Harness displays a warning if the cached version of the entity differs from that in Git. To view the differences, click See What Changed. 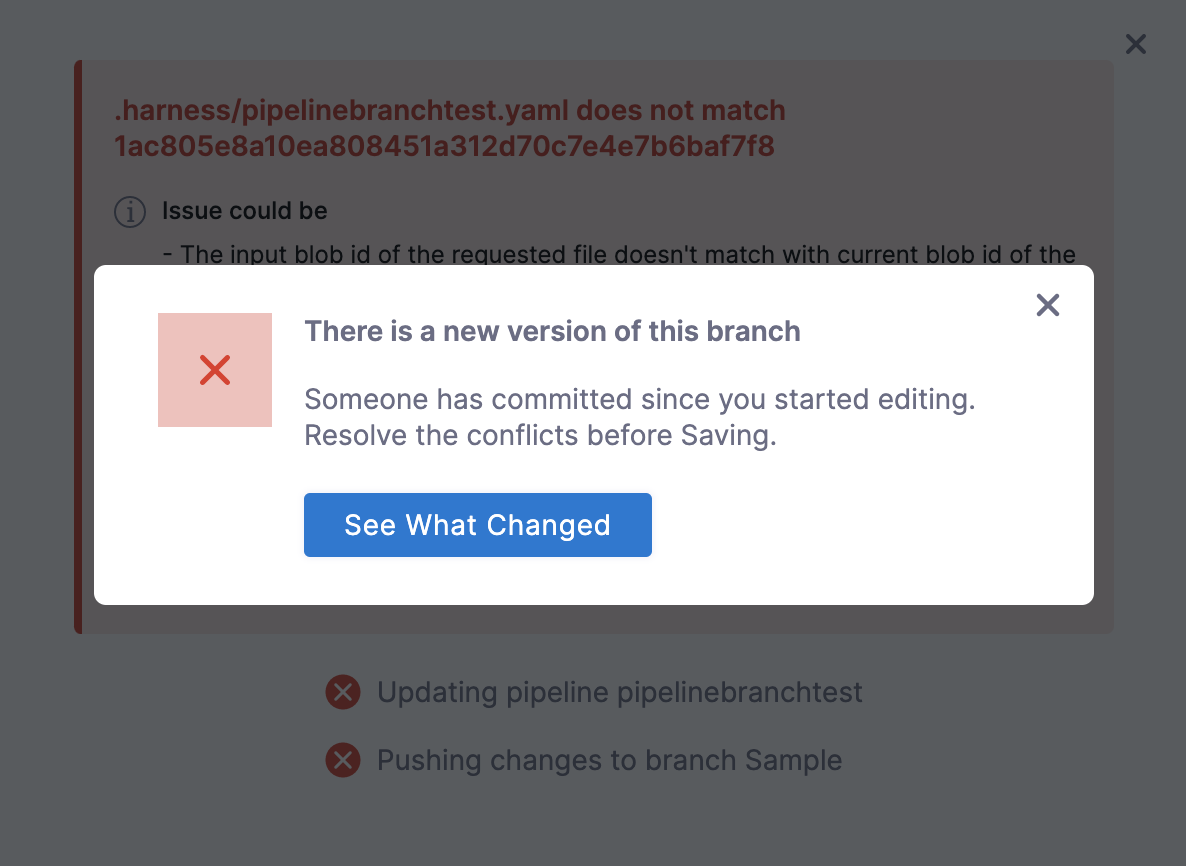 You can do one of the following when there are differences: 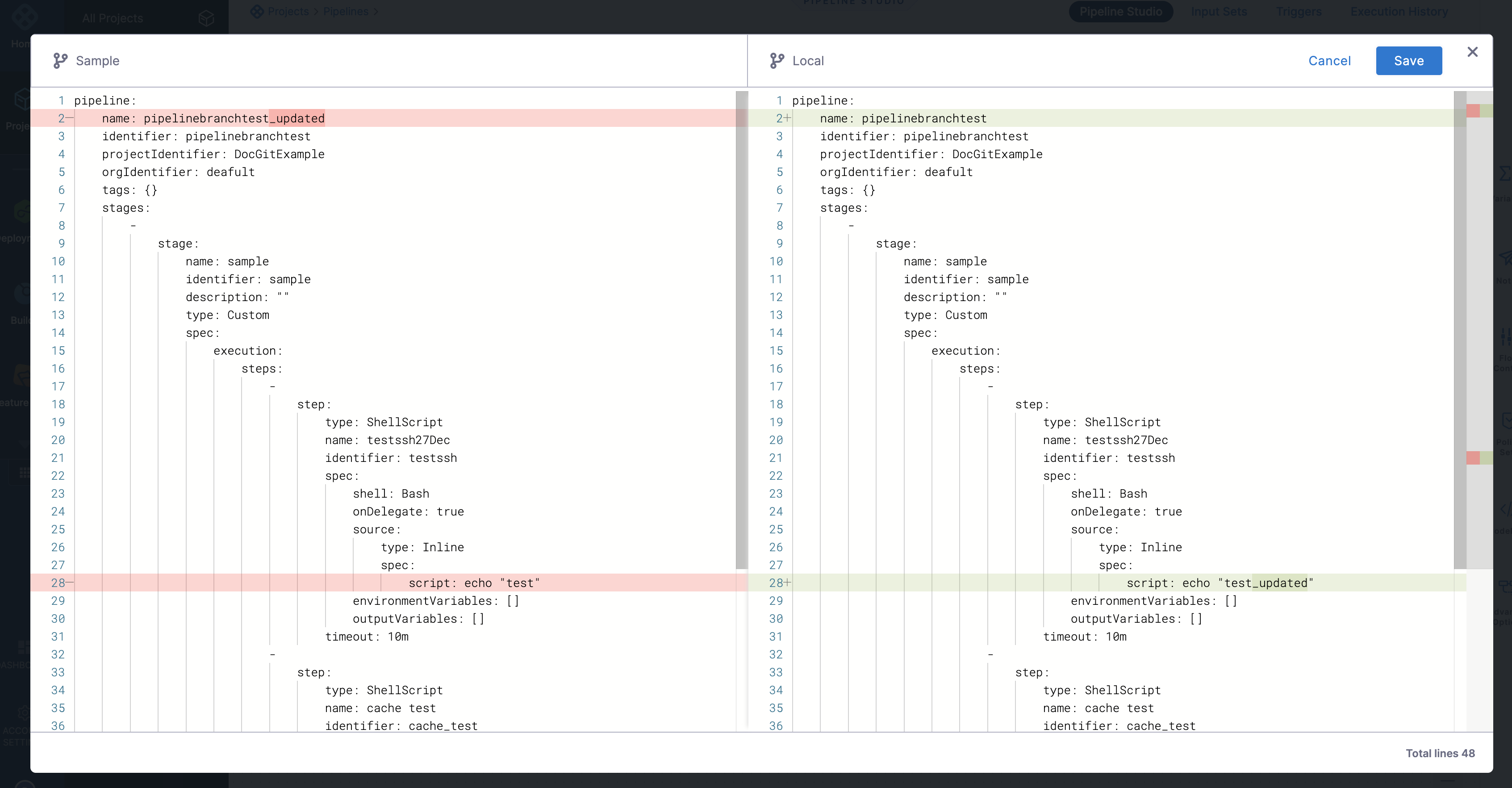