Companies perform security testing to avoid introducing vulnerabilities into the products their customers depend on. If a customer catches the security issue instead of the company, trust is lost.

This topic describes the security scanning problems facing developers and how STO provides the solutions they need.

Many current security testing practices have the following issues: All of the release stages where security testing could have been applied are past, and fixing the issue requires reworking each stage.

Developers need to move forward but by the time the security testing feedback arrives it could be days or weeks later and they have to stop current work and fix it.

DevSecOps is too complicated because there are many tools for so many types of scanning and the outputs from all these tools are disparate. There is no uniform data format or language. Consequently, developers don't have a deduplicated and prioritized list of vulnerabilities to remedy.

So DevSecOps must normalize all the output, track exemptions, and verifying fixes. This all requires DevSecOps synchronization with developers, and it takes DevSecOps away from other work.

In addition, developers, PMs, DevSecOps, and others have to act on the information provided from security testing, but ensuring that these are the only vulnerabilities is challenging.

With Harness STO, you are scanning at any stage in the CI/CD Pipeline, and providing developers with deduplicated and prioritized vulnerabilities:

The following 1min video provides a quick summary of STO:

Harness STO automatically aggregates, normalizes, and deduplicates data to identify vulnerabilities across all your scanners. You can use STO with no other Harness modules. See STO Tutorial 1: Standalone STO Workflows.

You can also include STO features in CI and CD workflows. You can set up your Pipelines to scan repos, images, and artifacts, and then fail the Pipeline automatically if any "show-stopper" vulnerabilities are detected. See STO Quickstart 2: Integrated STO/CI/CD Workflows. 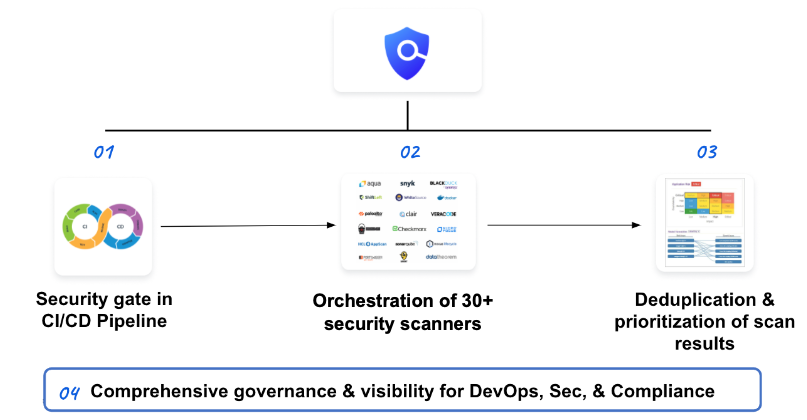 Now let's apply these features to common use cases:

For a list of supported scanners, see Scanners, Target Types, and Scan Approach.