This topic describes how the SDKs communicate with Harness Feature Flags to receive flag changes. 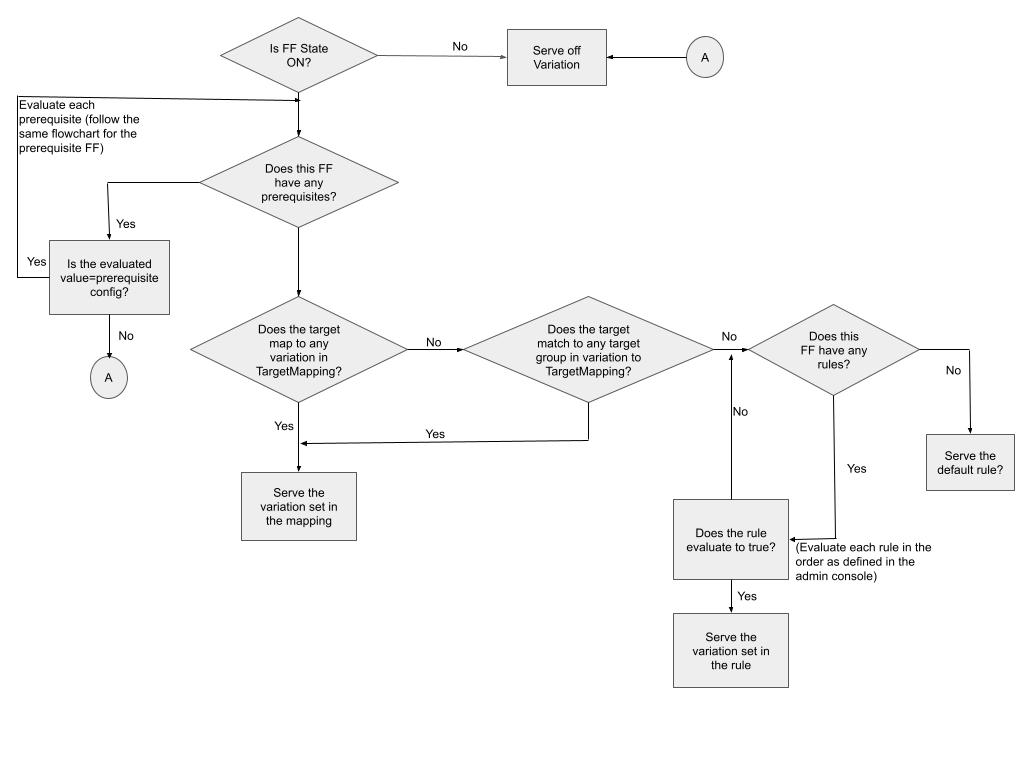 The above diagram explains the flow a Feature Flag follows to Evaluate the Target. It can be explained by using several use cases:

Feature Flag with no Rules and no Prerequisites​

The flag is ON, with target mapping.  This rule says serve False to target ‘xxxx’.

This implies that if the user evaluating the flag is ‘xxxx’ they'll receive a False variation.  Everyone else will receive ‘True’ variation.

How do the SDKs Communicate with Feature Flags?​

The SDK maintains all the Feature Flag details locally in its cache and evaluates Flags based on it. The SDKs use streaming and a polling strategy to keep the local cache in sync with the flag configurations.

Streaming provides a persistent connection to the SDKs. Harness Feature Flags uses Server-Sent Events to send messages to the servers whenever the feature flag rules change. This has the following benefits:

In polling mode, you can define the interval of time at which you want to receive updates of Flag states from the Feature Flag. The SDK will then make HTTP requests to Feature Flags to retrieve flag state changes.

It is important to know that the Harness Feature Flag does not send any information as part of these requests, it is simply a query to update the status of a flag on the SDK side.

Communication loop between Harness and the SDKs​